We perform most of our daily operations online, and that requires significant levels of data protection and alertness. Data security is a critical issue and in order to solve it, some services and companies implement encryption as a digital solution. Encryption is a process when particular information or a message is hidden under a unique code. Encryption algorithms generate these codes in a way that only authorized parties could encrypt and access the data. Different encryption methods called cryptography have been used since ancient times to send and receive secret messages.

Nowadays, many well-known brands are using end-to-end encryption to safeguard information. Also, companies like Facebook or Apple incorporate cryptography to secure users’ conversations. You might not be aware that you are using encryption daily; to search online, conduct finance operations, or chat online.

The process has many benefits; it ensures higher privacy and security levels, protects personal details. However, not everyone agrees with that. On an international degree, some countries have already banned or begun to control encryption usage. Countries such as China, Turkey, Russia have laws to conduct encrypted information and services. It didn’t take long until Australia followed the example. At the end of 2018, the country announced new legislation to govern encryption. Recent regulations were encouraged by the threats of terrorism to national security. With the new law, the government will have the right to access private individuals’ information. Many people dispute the act as a hazard to human rights and privacy. 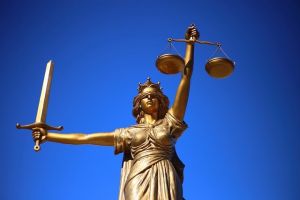 On December 6th, the Australian Parliament passed a bill to govern tech companies which use encryption to encode users’ communication. With the new regulations, the Australian government will be able to request private users’ information from tech companies. The act can be done without the permission of involved parties. The main idea behind the legislation is to protect citizens and the country from the dangers of terrorism and crime. The concept might seem noble; however, it does not only protect people but also might imperil their privacy.

The government holds power to penalize the companies that don’t submit the bill. Tech companies condemned the law as a violation of vulnerable data and human rights. Also, there have been speculations that some significant stakeholders will be forced to leave the Australian market. Nevertheless, with the risk of crime and terrorism, there should be actions taken. However, when it comes to the privacy of every one of us, the whole deal gets complicated.

Blockchain technology and cryptocurrency use cryptography to establish the system’s immutability and users’ anonymity. That helps to avoid hacker attacks and protect data from being compromised. However, the whole deal with blockchain accelerated the process of cryptography regulations and laws.

End-to-end encryption provides higher levels of security and data protection. If you are using services that implement cryptography, you can feel more confident that the information you exchange is only visible to you and the receiver. However, the fact that data flow is immutable causes concerns about overall national security. What if suspected individuals are using encrypted messages to arrange attacks or commit a crime. Then the discussion comes to the level of balancing transparency and human rights.

Australia is not the only country that adopted regulations to monitor companies that use cryptography. With the rise of blockchain technology and cryptocurrencies, more countries are considering ways of controlling the process. Encryption laws should protect us, but it’s hard to draw a line between moderated and accountable regulations and intrusion in people’s private lives. Many claims that it’s impossible to control laws like that and avoid human rights violations completely. While on the other hand, everyone’s safety and well-being might depend on it. It’s an immense responsibility for countries to ensure protection and at the same time respect the nation’s right to privacy.

Transparency and accountability are vital to crime-free society, where people could feel safe and respected. As we are rapidly engaging in digital life, the methods used to prevent crimes are also changing. One of the most acknowledged ones is data encryption. Yet, it doesn’t ensure that involved parties won’t cause danger for the rest of the users. Therefore, it has to be managed on some level. As a result, the most sensitive parts of this process, such as the privacy and preservation of online data, might be endangered. New challenges occur, and we have to find efficient ways of dealing with them without breaching fundamental human rights.

Tech Talks: Why Do Industries Choose to Use Private Blockchains and the Hybrid Solution
29 May 2019

Will Blockchain Be Able to Assist Elections in the Future?
04 Apr 2019